A Rant Against the Perception of Victorian Women 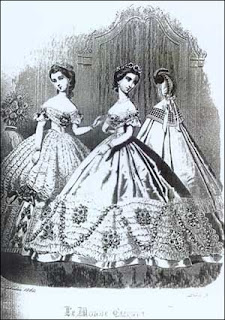 I read a really great review on Book Snob of the book The Journal of Dora Damage that got me thinking (and commenting on my thoughts).  As I'm not really sure when my next book review will be, and as Rosie's Riveters is on hold for this week, I figured this was an excellent time for one of my Rants.

I have often gone off against women in literature in the past, and how I don't think females are portrayed in a realistic or likable way.  After reading Rachel's review, I realized that more than anyone else, I hate the way Victorian women are portrayed in modern writing.  I don't really have a problem with how they are portrayed by contemporary writers.  Dickens, Collins, Hardy and the Brontes all have very believable Victorian women populating their novels, and I salute them for it.  I don't always love those women (Lydia Gwilt and Helen Graham get no love from me), but I respect them as being real.

I do not, however, like most modern versions of Victorian society.  I don't understand why authors today seem to feel that all their female Victorian characters must be the "rebels."  I understand I'm making a blanket statement, and I know there are some contemporary authors that portray Victorian women in a fabulously realistic manner (Sarah Waters, I'm looking at you).

But most don't.
Maybe I just don't see it as much in other periods as I do in the Victorian one because I know less about them.  But there is, in my opinion, an overabundance of Unrealistically Rebellious Females in current Victorian literature.  Why?  What makes an author feel that, in order for a reader to sympathize with a female character, that character must have all sorts of modern sensibilities?  And why are these females somehow always the only ones who rebel?  And who are woefully misunderstood by all their family and friends?  Honestly, considering how many books written revolve around Unrealistically Rebellious Females, it seems as though these girls would all meet at some point and start a revolution.  But nope- they're all just living in isolation, feeling like they're the only rebels in all of London.

I went off about this in my review of In Only to Deceive in 2007.  I am aware that this series of mysteries is really popular with people, so I apologize for my rant, but I just can't find anything to like about her.  I think the author made her character an Unrealistically Rebellious Female and missed a really good chance to seriously show the constraints on widows during the Victorian era.

I feel like this happens a lot.  I don't understand why an author would write a story that takes place in the past, only to populate it with characters from the present.  If Lady Ashton had existed today, she would be a character on Gossip Girl- pretty and spoiled and fascinating to watch, but not the sort of person you'd want to be around.

This was much the same in the urban Victorian novel Soulless, by Gail Carriger.  Granted, this is a fantasy novel, so I guess there's more leeway, but it takes place in Victorian London.  And the main character, Alexia, is the only person in her family who cares about knowledge, who is not fashion-obsessed, who is not fixated on going to the next ball.  This, it seems to be implied, is because she's not really very pretty and so there's nothing for her to do besides read and be smart, rather than be pretty and get married.  Brushing aside the fact that plenty of women who are not super-model gorgeous get married and live very happy lives, or that a woman in the Victorian era probably could read books to improve herself even while trying to snare a husband, this just seems to imply that no woman during the Victorian era wanted to improve her mind when there were better things to do.  Again, I'm making generalizations.  But why is this the case? 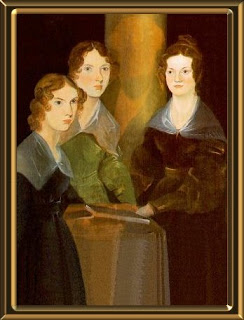 The Victorian era produced such strong real women as (in England) George Eliot, all the Bronte sisters, Queen Victoria, Elizabeth Gaskell, Florence Nightingale, and the first woman to graduate from medical school, and such strong fictional women as Lydia in Armadale, Catherine in Wuthering Heights, Madame Therese Defarge in A Tale of Two Cities and countless others.  Clearly, there were a lot of ladies in the period who were not to be restrained by crinoline and corsets.  And they managed to convey their messages and leave their marks without annoying everyone.  I am sure they were annoying to some, and that some family members and general Society disagreed with their actions.  But I feel they did so much more and so much better by working from within their constraints and then pushing those constraints outward- they did not break a barrier, exactly, but they made the barrier around them bigger and more malleable.  Which, I feel, in Victorian times, was probably the way to get things done.  They worked within the system and made things better for women in general, or showed the whole world that women could be strong and intelligent people.

The women in a lot of current Victorian literature don't seem to care about any of this at all.  They just gallivant all over the place, ignoring the system and making their fellow females appear like limp noodles for not going along with their schemes.  This is unfair and misleading, and seems to ignore the real strides women made in the Victorian era.  After all- women's suffrage came directly after the Victorian era.  That didn't just come out of nowhere.  The only reason it succeeded was because everyone recognized that women were true contributors to society and made it better.