The Shadow League, Wilhelm Blackflame, and other fantastic names 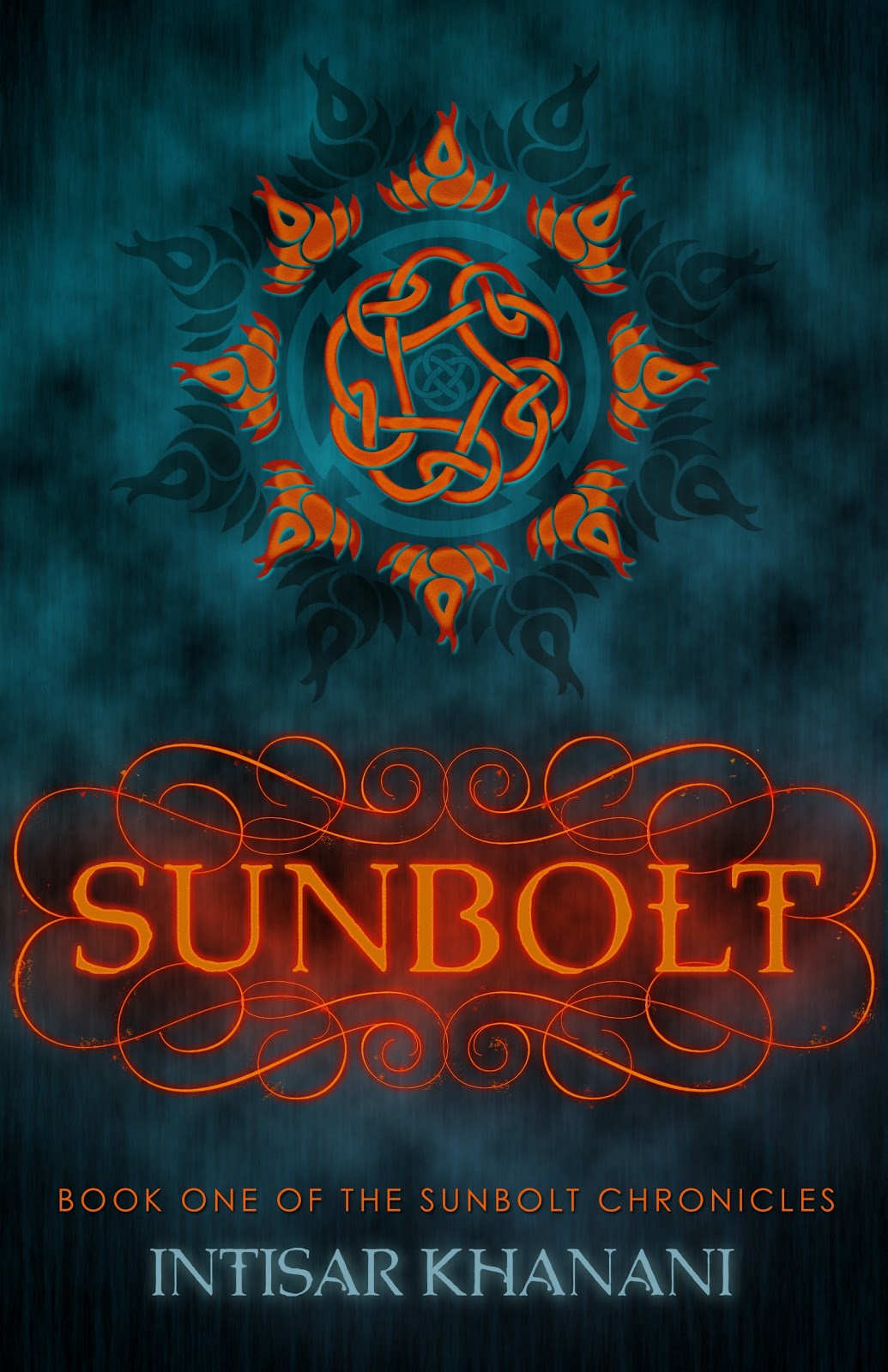 About a year ago, I raved about Intisar Khanani's adaptation of The Goose Girl, Thorn.  I loved the story, the setting, the characters, and so much about this novel.  I was so excited to find this author that I wanted to read everything I could by her.  This, sadly, only includes a short story (available for free at pretty much any e-retailer!), The Bone Knife, and the first novella in a series, Sunbolt.

All three of these stories were wonderful, so I am even more firmly in the Khanani fangirl camp (especially as the Thorn cover is now amazing and not at all like the one I showed in my review).  If you have not read her yet, I urge you to at least download The Bone Knife (no monetary risk involved!) and then gobble up her other writing soon after.  I hope that she gets published in physical format soon, too, because I want these books on my shelves, too. E-reading feels so ephemeral sometimes.

Anyway, Sunbolt.  The book is the first in a "serial," not a "series."  Think Star Wars, not A Song of Ice and Fire.  Each story stands alone, but reading all of them should be a richer and more rewarding experience.  Sunbolt is pretty short - only about 140 pages.  I finished it pretty quickly, not only because it was so short but because I was quite engrossed in the story.

Similar to Thorn, Sunbolt is about a girl, Hitomi, who has a secret.  She is the mixed race daughter of two great and powerful mages, but she hides her own magical powers because mages have become killing machines in the current political environment.  Hitomi also hides her involvement in the Shadow League (such an awesome name for an underground movement), dedicated to bringing down the most powerful mage in the land, Wilhelm Blackflame.  (Seriously, all the names here are awesome.)

Hitomi volunteers to help one of Blackflame's enemies escape to safety, but things go drastically wrong.  Instead, Hitomi ends up prisoner to an even more powerful villain, and must put her trust in the idea of "the enemy of my enemy is my friend" to get out alive with another prisoner.

I realize that the plot summary above makes this book seem pretty straight-forward and perhaps a bit cliche.  But it's not.  The setting is so rich, you get wonderful details about the land of Karolene, where women wear scarves over their heads, and the surrounding countries that have different languages and spices and recipes.  The main character is female, dark-skinned, smart and kind, and she has some seriously awesome magical power.  The other characters are so diverse - there are shape-shifters, vampires, breathers (who, different than vampires, take the breath of a person, not the blood), mages, regular people, and probably more that I am forgetting.

And ok, mages and breathers are arch-enemies, and of course the other prisoner that Hitomi has to trust is a handsome male breather.  But I trust Khanani completely, and I know that this will not become a Twilight-esque charade.

So, to wrap this up:  I have thoroughly enjoyed every story by Khanani I have ever read, I urge you strongly to read at least one of her stories and then you will probably want to read the rest, and we should all support authors who write kick-butt female characters who are kind and intelligent and powerful and not afraid that these character traits will turn other people off.
Musings by Aarti at 9:00 AM