Golden, magical horses to spirit you away 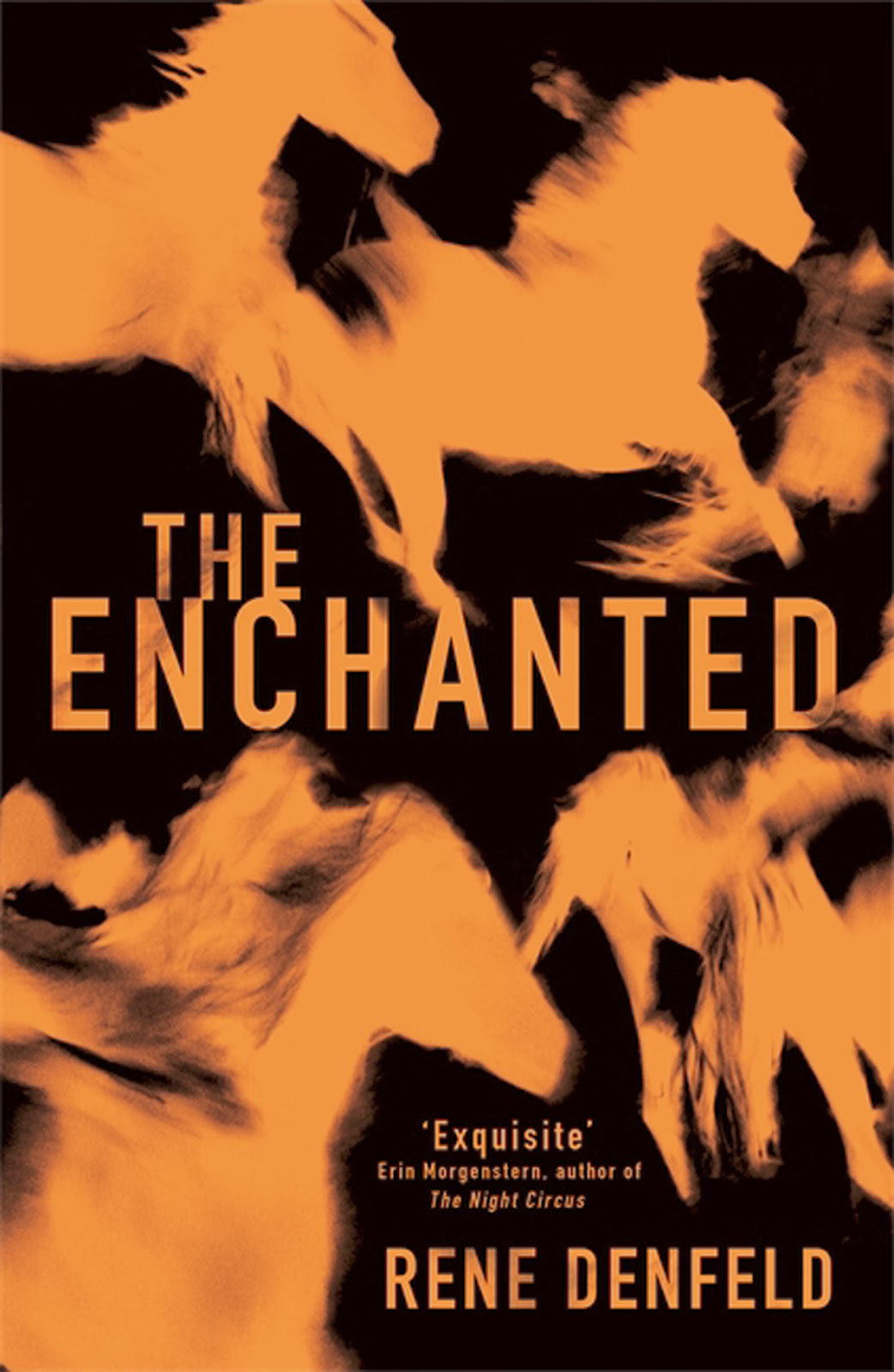 Rene Denfeld's The Enchanted is one of those books that defies categorization.  Books like this are difficult to describe and I bet even harder to get published, but as a reader, I just soak them up.  That people in the world exist who can think up plots and characters and amazing sentence structure .... well, just knowing that makes me feel better about the world.

I would think for hours how strange it was that some parts of words are silent, just like some parts of our lives.  Did the people who wrote the dictionaries decide to mirror language to our lives, or did it just happen that way?

The Enchanted takes place in prison, mostly around those on death row.  Our narrator is unnamed, but he has done something unspeakably horrible in his past and now awaits his execution date.  While he waits, the kindly prison warden brings him books to read.  And a woman he knows only as The Lady works to commute sentences from death to life in prison.  Her burdens are shared by a Fallen Priest, who is running from his own demons.  And then there are the beautiful, wild, golden horses, who run free and untamed whenever a death row inmate is executed.

The author of The Enchanted is a death penalty investigator, so she is intimately familiar with the setting of this book and the people who populate it.

The death penalty is a deeply divisive issue in the United States, particularly with the many botched executions and posthumous pardons that occur.  American prisons are overcrowded and we have one of the highest incarceration rates in the developed world.  But like so many hot button issues, we think about the death penalty almost in a vacuum, as though it is a theoretical thing that does not have consequences for real people.  We hear ghastly stories on the news about people who murder, rape, and wreak horrors on so many people, and we wonder how people can commit such vile acts.

But we don't always consider that those people probably were victims of many vile acts themselves, and that they suffered and cried and bled as witnesses to horrors that somehow slipped between the cracks.  And they became part of a cycle that seems pretty hopeless.  And maybe the acts they did were truly despicable, but does that mean they do not deserve to have someone listen to their story, too?

Denfeld shows us the desperation of a life on death row, not only for the people who are living with the knowledge that their days are numbered, but also for the toll it takes on the people who work with the prisoners and carry their burdens, too.  And she opens a door to the idea that maybe, even people who commit horrible acts are capable of redemption.