Musings: A Lady's Life in the Rocky Mountains 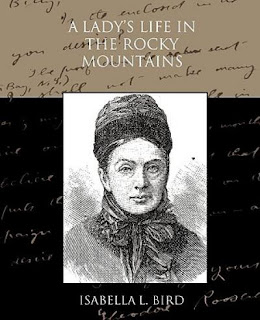 A Lady's Life in the Rocky Mountains is one of the many books published in the late 19th and early 20th centuries that makes me so grateful to have an e-reader.  So many of these books are hard to find now, and they are just fascinating.  And so many of them were written by women!

I picked A Lady's Life in the Rocky Mountains to read because I was wanted something similar to the delightful Letters of a Woman Homesteader.  I am so fascinated by adventuresome women around the turn of the century who didn't let their corsets and petticoats dictate their way of life.  I fell in love with Elinore Stewart; she was adventurous, kind and had a real gift for sharing fun and memorable stories.  Unfortunately, I did not fall in love with Isabella Bird.

Bird was born in England in 1831.  She was a sickly child, but according to Wikipedia (and based on the 200+ pages with her, I completely believe it), she was really just sick when she didn't get what she wanted, and seemed perfectly healthy when she was traveling and enjoying herself.  She took off traveling in her 20s and didn't stop for a very long time, going to the US, Canada, Scotland, Hawaii, New Zealand, East Asia and India.  She was clearly a very resourceful woman who was comfortable riding a horse, mending the only two pairs of clothing she had, traveling through deep snow on her own and putting up with pretty bare accommodations.  The book I read was focused on her travels through Colorado, where she fell completely in love with the Rocky Mountains (and, in my opinion, "Rocky Mountain" Jim Nugent, a desperado whose appearance, history and personality she described in very positive detail).


Doubtless, Isabella Bird led a very interesting life.  Unfortunately, though, that life did not transfer well to the page.  Some things were very well-written; for example, Bird can wax poetic with the best of them.  I vividly recall her detailed account of ascending Long's Peak (with her sexy one-eyed desperado Nugent for company) and the beautiful descriptions of glorious sunrises and sunsets:


Before long a carnival of color began which I can only describe as delirious, intoxicating, a hardly bearable joy, a tender anguish, an indescribable yearning, an unearthly music, rich in love and worship. 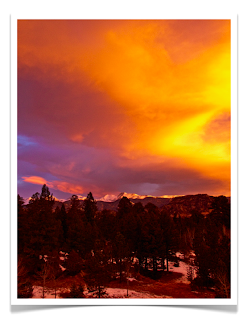 But much of the book seemed like so much summary to me.  She talked many times about how her horse slipped on ice and had tender feet.  How many miles she rode in a day.  How many mountains surrounded her.  How some areas had no trees.  How some areas had a lot of trees.  She detailed all those things to excessive detail, but didn't flesh out why she was traveling, or even where she was going, or how she passed the time. 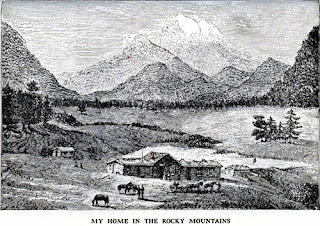 And that touches on something else.  Isabella Bird may have been very interesting and adventurous, but she was also pretty snobby.  Elinore Stewart in Letters of a Woman Homesteader was so witty and saw the humor in so many situations, but it was clear that she respected and liked the people around her and truly cared for them.  For the most part, I felt like Isabella Bird was frowning down upon everyone she encountered from some higher moral ground and thought herself better than all of them.  She really wanted people to respect her and treat her well- she points out repeatedly in the narrative that the men she encounters always treat a woman with respect, and take their hats off to her, which is very important in her estimation.  This was a bit incongruous as Bird herself was breaking all sorts of conventions and rules.  But it was still very important that she be treated like a lady.

She describes the Native Americans she encounters as dirty, thinks Americans are really greedy and have lost sight of God, and only likes other people from England.  I am over-exaggerating, but she really does stick her nose up at so many people in the course of this book, even ones from whom she receives hospitality.  And she thinks that everyone hates the English, as she pointedly complains every time people speak against her country (even though she herself doesn't want to go home to England, either).  She finds the shortage of Anglophiles completely unforgivable, but feels so sorry for her Rocky Mountain Jim Nugent, a drunkard who killed many men but was polite to women.  Apparently, murder is forgivable but rudeness is not.

What disappointed me most in this book were the lack of conversations.  No doubt Bird met many fascinating people, but she glances over most of them and gives us her own opinion on their personalities.  We never get to hear the jokes that she shares, the insults she endures, the confessions she hears.  I wish she had spent more time talking about the people, and less time giving detailed accounts of every single day she traveled through snow.

Something that really struck me, though, was just how safe Bird always felt.  She went out in blizzards, spent the night with strangers (often disreputable ones), and never seemed to think twice about it.  The whole time, I felt certain that some man was going to grab her on some snowy outcrop and have his way with her, but it never happened.  She always felt so welcomed and taken care of and I don't think the possibility of rape or mugging or anything of the sort was at all on her mind.  As a woman, I found that absolutely amazing.  I cannot imagine even so much as walking home at night without being extremely cognizant of my surroundings and the possibility of something very bad happening to me.  But she felt completely safe the whole time, and I can't help feeling very jealous of that.  I wonder how much of the fear ingrained into girls now is societal, and in some ways a jail of our own making to keep us from doing so many fantastic acts.  It makes me sad and a little wistful.

I also now really want to visit Colorado, particularly Estes Park, the area that Bird loved the most. 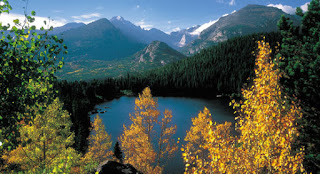