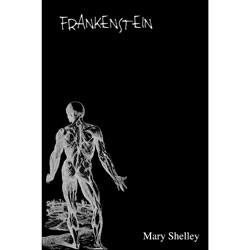 Peeps, it has been forever since I participated in a blog tour.  I am thrilled to once again join that well-read legion of book bloggers that participates in the Classics Circuit.  This go-round, the theme is Gothic literature, and I signed up to read Mary Shelley's Frankenstein, which was not at all what I expected it to be.

First off, Frankenstein is not (in the purest, physical sense of the word) the monster in this novel.  He is the science-crazed, obsessed, but still quite intelligent, attractive and philosophical student who creates the monster.  And the monster himself (who I don't believe was ever given a name, but we'll call him Adam) wasn't all that monstrous.  In fact, he was really well-spoken and had great capacity for kindness and eloquence.

Anyway, the story!  Victor Frankenstein grows up in an affluent household in Switzerland, where he is quite taken up with the study of physical sciences.  He pursues these studies in college and somehow discovers the miracle of life.  Thrilled with this (and completely heedless of the consequences, I might add), he does God only knows what sorts of things to obtain body parts and then gives that body life.  But as soon as his creation wakes, Frankenstein realizes just what a thoughtless thing he's done (bad sense of timing) and quite literally runs screaming from the room and falls into a Decline.  He falls into several more Declines over the course of this novel, none of which really accomplish anything.  When he finally deigns to speak to his "abhorrent" creation Adam (this conversation is interspersed with more "Begone!s" than in all the other stories I have ever read.  Combined), he is actually impressed with the man's eloquence and concedes to create for him a wife.  But then he thinks maybe this isn't such a great idea, Adam gets very angry, and the story continues on its suitably Gothic horror-esque path. 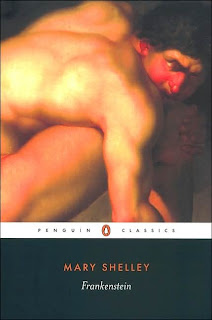 This story confronts many issues that were of moment in the early 19th century:  the idea of nature vs. nurture, the ethical dilemmas that science can create, the disenfranchisement of the lower classes.  It is a novel that is symbolic of the class struggle, and the anger of the lower classes, finally rising up in justified anger at the aristocrats.  On all these levels, it's a successful and fascinating novel.  Who is the real monster?  Is it Adam, who wanted only to experience kindness and friendship, but was spurned for his appearance and then became vengeful and angry?  Or is it Victor Frankenstein himself, who created a monster and then did nothing to help the creature, but ran away instead and ruined so many lives?

In this novel, Mary Shelley seems to subscribe to the belief that how you look on the outside is indicative of who you are on the inside.  She also is full of characters who are somehow forced to live beneath their correct stations, but because they are such wonderful human beings, manage to make a living and be happy with whatever lot they are given.  Victor Frankenstein is described as being handsome and intelligent.  His friend Henry Clerval is much the same, his lady love Elizabeth is the most beautiful woman in the world, as are his brothers, his mothers and even those who are lucky enough to be his servants.  Adam spends months observing a happy family, of which the daughter and son both exhibit physical perfection.

But Adam himself is, by all accounts, terrifying to look upon.  He's huge, he's made up by a bunch of spare body parts, his eyes are creepy, and he has a really gruff voice.  Whenever anyone sees him, they run away terrified.  They never even stop to listen to the guy, and he becomes so lonely and feels so miserable, going through life completely isolated.  He spent many sleepless nights gathering wood and doing small favors for this beautiful family, and then once he tries to introduce himself to them and become friends, all the women faint and the father is so disturbed that he falls into a horrible illness.  Poor Adam.  He comes to realize that:


"the possessions most esteemed by your fellow creatures were, high and unsullied descent united with riches...And what was I?... I possessed no money, no friends, no kind of property.  I was, besides, endued with a figure hideously deformed and loathsome...Was I, then, a monster, a blot upon the earth, from which all men fled and whom all men disowned?"

His every experience leads him to believe that if you're ugly, you're repugnant and evil, and if you're beautiful, it's because you're kind and wonderful.  And because of this belief, Adam becomes repugnant and vengeful and angry because he sees no reason to be kind when no one believes he is kind, anyway.  Especially when he compares his life to that of his creator, Victor Frankenstein.

There can be few more self-absorbed characters in literature than Frankenstein.  Everything is about him.  No one suffers as much as he does, no one feels as much remorse as he does, no one understands the torture he's under.  Frankenstein is born to the life that Adam comes to realize is vital to succeed.  He is born into money, he has an old and "unsullied" name.  He's handsome and popular, loved by his father, his friends and a beautiful woman.

He also created Adam, but is the first to completely dismiss him and run away.  He thinks he's created a monster and therefore does create a monster, but only because of his own behavior.  When he finally has a conversation with Adam (after having run away screaming from the man), does he greet him with a, "Hey, how's it going, son?  I'm so glad to meet you and have a conversation."  No.  Instead, he greets him with, "Begone, vile insect!  or rather, stay, that I may trample you to dust!"  (Note:  That is a direct quote. He really does say that.)

Well, that's not a nice way to greet your lost son.  I can't help but think that if Frankenstein had just been nicer to Adam on their first meeting that things might have gone very differently in this story.  But instead, he's unkind and unfair, and we descend into horrors.

I did not love this book.  It's one of those that I appreciate very much for the symbolism and historic significance and the many thought-provoking ideas it brings up.  But it's not one that I enjoyed for the story itself.  I thought Victor Frankenstein was so whiny and self-absorbed, even going so far as to claim that a girl on death row did not suffer agony to the extent that Frankenstein suffered on her behalf.  (Get over yourself, Frankie.)  And the narrative is written in such stilted language, like:


"The expression of your sentiments of this subject, my dear Victor, gives me more pleasure than I have for some time experienced.  If you feel thus, we shall assuredly be happy, however present events may cast a gloom over us.  But it is this gloom, which appears to have taken so strong a hold of your mind, that I wish to dissipate."

Is that how a father would talk to his son?  I don't think so, even in the 19th century.  That is a lot of commas. The story was interesting and arresting on an intellectual level, but it didn't capture me on an emotional level.  Still, though, I recommend a read just to get the juices flowing on the many important issues that Shelley delves into here!