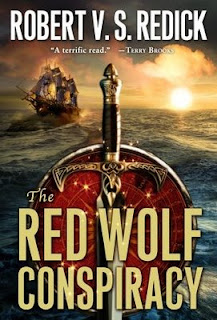 The Red Wolf Conspiracy was the fantasy book that inspired me to finish a significant number of the outstanding series I had started so that I could get around to reading and enjoying this book.  The premise is complex.  The Chathrand is an ancient, massive warship, the last of its kind.  It is sent on a mission of peace from the Arquali empire to the Mzithrin, carrying on-board an ambassador, his mistress and his daughter, Thasha, who is promised in marriage to the Mzithrin ruler.  Also aboard is Pazel, a teenaged boy with a magical ability to understand every language he hears.  Sometimes.  The captain of the ship sees ghosts everywhere, there are 8-inch tall warriors stowing away and one rat who is shocked to realize that he has a mind of his own.  All these characters (and more!) come warily together on-board the Chathrand, unsure of who is friend and who is foe and what may really happen on a ship of such massive proportions and on such a difficult journey.


If you don't like epic fantasy, it is very unlikely that you will enjoy this book.  It is exactly the sort of book I wanted to sink my teeth into, and perhaps it was one of those cases of the right book at the right time.  I loved the characters, I loved the intricate plotting, and I loved the detailed world created in the story.  Yes, there were flaws and the story at times dragged, but overall I was completely enamored with the book and really look forward to its sequel (this is the first book in a series of four). 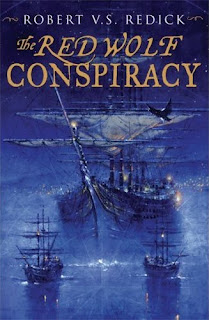 Many people read epic fantasy for its battles and wars and magic.  And really, when people think of epic fantasy, this is usually what springs immediately to mind.  But fantasy has evolved over the past several years and epic fantasy has done the same.  Now, much of epic fiction deals with politics and etiquette and misunderstandings and intrigue much more reminiscent of an alternate version of the Middle Ages.  I love this.  I love the worlds created in successful fantasy fiction- not that I need to know the exact layout of a map or the capital of every country on it, but I do like to know about the history and culture of a place.  And I think Redick does very well with that in his first novel.   There is a depth in his writing, and I trust that he will only become better at his craft as the series continues.  Considering how many twists and complications he so masterfully dealt with in this book, I am really excited to see what he does in the future.  I hope that juggling so many characters and so many happenings doesn't get too complicated for him.  I'll be sure to check out the next book, The Rats and the Ruling Sea, as soon as possible!

PS- This is a book that takes place mostly on a ship, but luckily, there wasn't too much "ship-ish" language for me to wade through, and I thoroughly enjoyed the setting in this instance!
Musings by Aarti at 12:20 AM