With Reverent Hands: A Sundial in a Grave: 1610 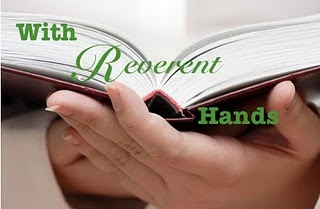 If you would like to participate in this series, please comment on this post and I'll send you a template!  If you were already sent a template, please email me with it and I can put it into the rotation.

This week's guest post is by one of my very best blogging friends, Zibilee, who writes fantastically thoughtful reviews over at Raging Bibliomania.  She is one of those people who visited my blog when it was brand-new and has stuck around with me for years!  I really enjoyed reading The Bone People with her at the start of the year, and I am starting The Vintner's Luck today for our next buddy read!  She is one of the kindest book bloggers I've ever had the fortune to interact with, and I highly recommend becoming her friend :-)


What book are you highlighting?My book is called A Sundial in A Grave: 1610 by Mary Gentle.  It is a historical fiction novel, but really, there is so much more to it than that!  It has intrigue, comedy, deception, and a most uncommon love story lurking within its pages.
When did you first read it?I first read it about five years ago after reading a really obscure review on it. After reading it, I immediately passed it on to my husband, though it's not his usual genre. He loved it as well, which was wonderful, because we spent a lot of time discussing it and poring over the finer aspects of the plot. 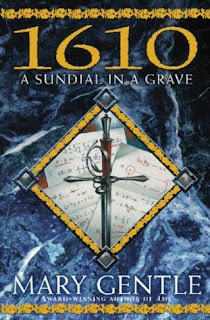 What is it about?  Please give a brief summary.The year is 1610.  Continental Europe is briefly at peace, after years of war, but Henri IV of France is planning to invade the German principalities.  In England, only five years earlier, conspiritors nearly succeeded in blowing up King James I and his Parliment.  The seeds of the English Civil War and the Thirty Years War are visibly being sown, and the possibility for enlightenment and disaster abounds.
But Valentine Rochefort, duelist and spy for France's powerful financial minister, could not care less.  Until he is drawn into the glittering palaces, bawdy back streets, and stunning theaters of Renaissance France and Shakespearean London in a deadly plot, both to kill King James I, and to save him.For this swordsman without a conscience is about to find himself caught between loyalty, love, and blackmail, between kings, queens, politicians, and Rosicrucians-- and the woman he has, unknowingly, crossed land and sea to meet.       What makes the book stand out to you?  Why do you love it?I think one of the main things that enthralled me with this book was the gifted way in which the story was told.  The author makes the tale scream with relevance and resonance, and even though this book deals with a time that has long passed, the action and grist of the story is filled with immediacy.  I also loved all the off-color humor and bawdiness of the tale and found that there were some parts of this story that made me blush in consternation!  It is a great story, filled with fire and suspense, and the story manages to take the reader through so many conflicting and strong emotions.  By the end of the book I was reaching for the tissues, which is something I had not been expecting when I picked up this lesser known historical novel. 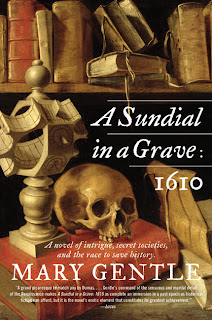 Please finish this analogy:  If you liked _____________, you'll probably enjoy this book.The Three Musketeers or The Count of Monte Cristo, or anything written by Dumas. The style and scope between his work and this book are very similar, and in addition, there are some great nail-biting suspense scenes that are similar to those found in Dumas' work as well.What sort of person would you recommend to read this book?Any reader that loves historical fiction with the gentle and timeless touches of a classic running throughout it would definitely love this book.  I also think that those who like to read books with strong and witty characters would get great amusement out of Rochefort and Dariole, and their very unique relationship.  I think that this book has a lot of cross-genre appeal, and even if you are not a fan of historical fiction, there might be something in this book for you.  Basically, I think everyone should read it!!Do you have any quotes you would like to share?

"It is not every man who sets out to kill the King of France and begins by beating his own servant."

"You are a danger to your sworn lord. If you're dead, who can prove the chain between you, he, and murder?  None!  That is what I say.  Kill yourself, honorably.  Now as possible!"

"As soon as possible," I corrected him automatically.  He seemed utterly sincere.

"Here you are, in conjunction with another dead monarch," Cecil remarked, his voice clipped.  He fixed dark eyes on me.  "I warn you Master Rochefort:  if I find the slightest evidence that you were connected with the accident that took the late King James from us, I will have your entrails out of your body, and your head on London-bridge, whether the court at St. Germain likes it or no!"

"If I were a blade of a different temper, I would make my way back to France and see if it is as easy to kill a Queen as it is to kill a King by accident."