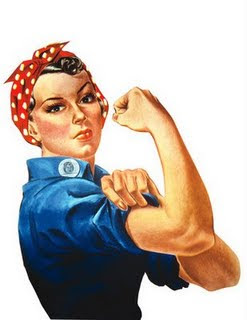 This week, Rosie is reverting back to me!  There was a break in the line-up and I figured I should fill in.  Also, I noticed that there have been no non-Caucasian women represented in Rosie's Riveters so far (at least so far as I can tell- am I wrong?), and I wanted to remedy that.  So here I am representing the Brown contingent :-)

Who is your Riveter?
Gayatri Devi, the Maharani of Jaipur

She wrote the book A Princess Remembers:  The Memoirs of the Maharani of Jaipur.  I admit that I haven't read it yet, but it's on my shelf. 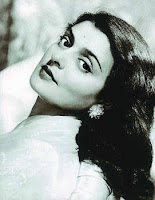 I really like her.  Very beautiful, elegant and well-spoken.


She's one of those people who always looks good in everything, never spills food on herself and always knows exactly what to say.  She exudes charisma and self-confidence.  And she's gorgeous.

She is a celebrity herself, but to compare her to someone possibly easier to recognize- I'd say she's like Jackie O.

What makes her riveting?
Well, she was beautiful, intelligent, politically savvy and forward-thinking.  Plus, she was royalty.  That's a pretty hard combination to beat.


I think Gayatri Devi used her power and charisma for good.  She grew up very wealthy and very privileged, but when she ran for political office, she made a big effort to help the poor.  When she was younger, she spent a lot of time hunting and endangering the Indian tiger population, and then she just stopped and proceeded to spend her time working towards conservation.  She became the Maharaja of Jaipur's third wife and entered into the very secluded purdah life, even though she was so independent.  Her life was full of social engagements, and she worked very hard for reform, to give young Indian girls the chance to make something of themselves.  She was well-dressed and beautiful and cultured, but she could lose her temper and be very stubborn.  She spent five months in prison on possibly trumped-up charges for tax evasion during Indira Gandhi's stint as Prime Minister.  Really, she was fascinating.


Well, I haven't read it yet, so I don't know.  But I hear it's excellent and I think A Princess Remembers would be great for the Women Unbound challenge!  In fact, I might pick it up for that one myself... 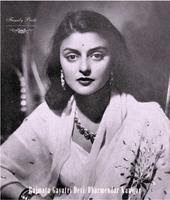 The meeting had begun when the Maharani made her entry, giving everyone a whiff of expensive French perfume.  She was dressed in a turquoise-blue chiffon sari with silver sequins sparkling like stars on a moonless night. She looked around with her large almond eyes. Everyone stood up. As Hillaire Belloc once described someone, ‘her face was like the king’s command when all the swords are drawn.’ - NYT