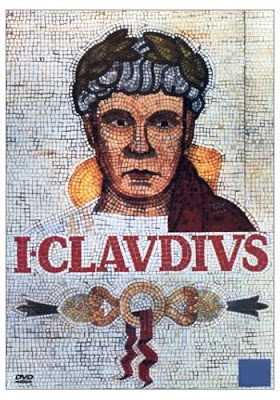 Favorite Quote: I, Tiberius Claudius Drusus Nero Germanicus This- that- and- the- other (for I shall not trouble you yet with all my titles) who was once, and not so long ago either, known to my friends and relatives and associates as "Claudius the Idiot", or "That Claudius", or "Claudius the Stammerer", or "Clau-Clau-Claudius" or at best as "Poor Uncle Claudius", am now about to write this strange history of my life; starting from my earliest childhood and continuing year by year until I reach the fateful point of change where, some eight years ago, at the age of fifty-one, I suddenly found myself caught in what I may call the "golden predicament" from which I have never since become disentangled.

From Back Cover:
Tiberius Claudius Drusus Nero Germanicus lived from 10 B.C. to 54 A.D. Despised as a weakling and dismissed as an idiot because of his physical infirmities, Claudius survived the intrigues and poisonings that marked the reigns of Augustus, Tiberius and the mad Caligula to become Emperor of Rome in 41 A.D. I, Claudius, the first part of Robert Graves' two- part account of the life of Tiberius Cladius, is written in the form of Claudius's autobiography and it stands as one of the modern classics of historical fiction.

From the first sentence (quoted above), this book really pulls you in. It's full of political corruption, military acumen and potent, witty observations on Roman society as it began its slow decline. I had no idea that assassination was such a viable form of getting rid of your enemies (or potential enemies. Or friends of potential enemies. Or possible friends of potential enemies) back in Rome, but clearly, I have been viewing Rome through rose-tinted, Falco-induced glasses. Now I see that it was a cesspool of blatant corruption and vindication!

But what a fun time was had by all- who survived! I really enjoyed reading this book. I did not enjoy all the numerous paragraphs about military maneuvers which seemed to read more like non-fiction about Roman generals than a fictional autobiography about someone who never participated in war. And, frankly, all the intrigue and poisoning got old after a while. But through it all, Claudius has a wry sense of humor and a very keen sense of narrative, and he makes this book fun to read. For any lover of ancient Rome, I'd recommend this book- it's absorbing and I fully intend to read the sequel. Some day :-)
Musings by Aarti at 9:23 AM