The consequences of swiping left 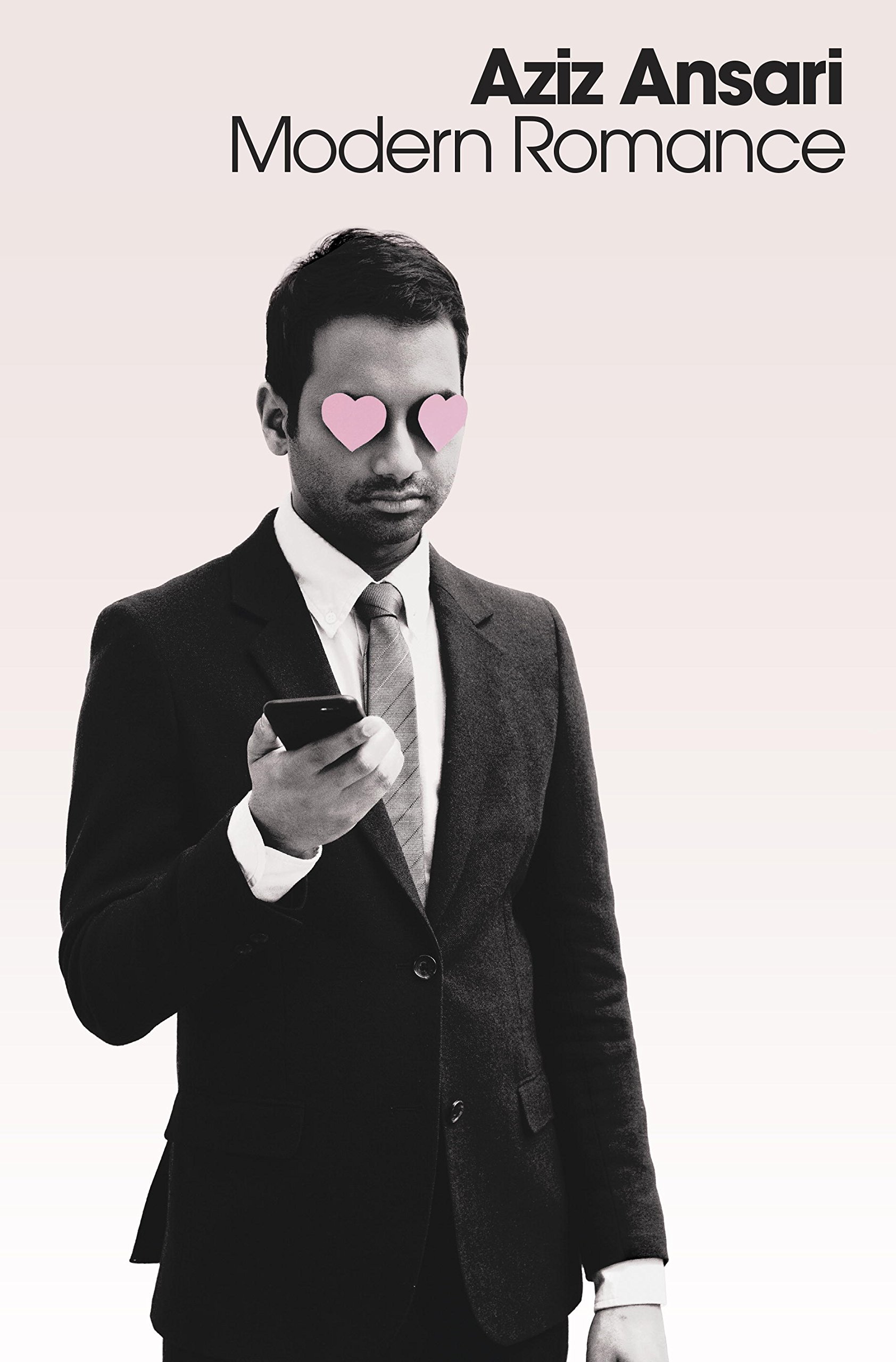 I waited (im)patiently for weeks to get Aziz Ansari's book Modern Romance on audiobook from the library.  Rather than going the route most comedians take, of writing about how they got their start, or basically writing a stand-up routine down on paper and selling it as a book, Ansari decided to do some research on modern dating.  And, luckily for us, he shared his research and findings with us in a really entertaining book.

I specifically wanted the audiobook version of this one because Ansari narrates it himself.  While he engages in some good-natured ribbing at the beginning and the end of the book about how lazy people are if they listen to audiobooks rather than actually reading books, I would say that it's absolutely worth it to go for the audio here.  Ansari is a great narrator, and he also hilariously gives everyone quoted in this book a really strong southern accent, which made the book even more entertaining to me.  That said, there are a lot of photos and graphs that I missed out on in the audiobook version, so just keep that in mind.  I didn't really feel like I missed much, but then I don't know how amazing those graphs were, so I could be wrong.

Ansari teamed up with a sociologist and conducted a lot of focus groups and online discussions around the world to populate this book, and the result is really interesting.  As a single woman in my early 30s, I'm right around the same age of Ansari and I found a lot of the insights he shared to be very relevant to my life and my experiences.  He did make sure to talk with people who are older and younger than me, though, so I think that you would find the book beneficial regardless of your age or relationship status.

Ansari discusses how Tinder has moved from a hook-up app to one that people use for legitimate dating purposes, the rise and prevalence of sexting (particularly among younger people, who apparently do it ALL THE TIME), the way people use their phones and text conversations as crutches vs actually talking to someone, how complicated it is nowadays to actually schedule a date, and mostly, how people feel so spoiled for choice in dating that they really never want to get to know anyone.

One thing that stood out most to me was that most people these days will go on a date or two with a person, decide that person is boring or weird or awkward, and then end it.  (I myself am very guilty of this behavior.)  However, you can't really tell what a person is really like or how much of an outlier a particular comment was until you know a person a bit better.  So he said rather than go on a lot of first and second dates, maybe we should stick it out to the fifth or sixth date with a person and we'd probably like them a lot more.  I found this a very refreshing take on dating (though I admit it's hard to get excited about someone that you already think is boring after date 2), so I think I may try it.

Ansari also shared his own dating experiences, and how he has moved from casual dating to now living with his girlfriend.  It was really nice to hear from a guy just how excited he was to find someone he wanted to commit to, and all the steps along the way it took for him to get there.  It added a lot to the book, and I'm glad he included his personal stories here.

If you're single now or have ever been single, I highly recommend this book as a fun and insightful look at dating now and in the past.  It's a great way to put your experience into perspective and realize that it's really hard out there for everyone, not just you!
Musings by Aarti at 10:00 AM