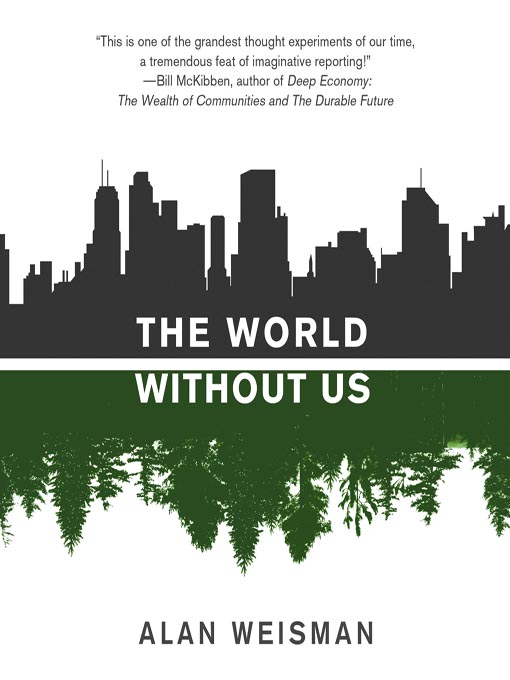 The World Without Us, by Alan Weisman, has a premise that enthralled me as soon as I read about it.  What would happen to the world if humans just disappeared?

I read this book via audiobook and a few things really stood out to me, though they are pretty unrelated to each other:


Weisman's book is not a very positive one.  Honestly, it seems like even if humans were to disappear tomorrow, there's a lot of stuff we've done that will take eons to fix.  But in other ways, the book made me feel a little bit better.  The world existed before we arrived, and the world will continue to exist and evolve after we're gone.  While much of the information shared here was a little depressing, there was a lot of good information about the history of the world, just how difficult it is to keep nature (especially water!) at bay, and a lot of interesting speculation on what our lasting impact will be.  Definitely glad I read this one. 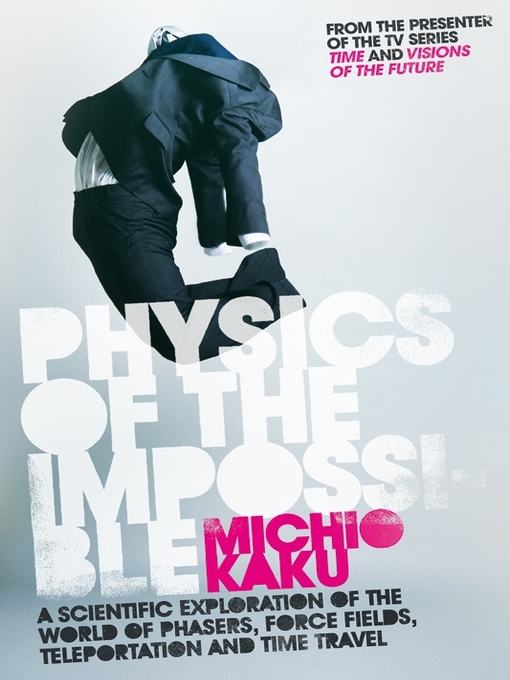 After reading The World Without Us, I felt like I was really on a science cusp.  And really, if we're well on our way to messing up our own planet, I think it's important we have some sort of contingency plan or back-up planet (preferably uninhabited so that we do not do the whole colonizing thing again).  So reading Michio Kaku's Physics of the Impossible seemed like the right next move.

This book also has a pretty sweet premise.  Kaku looks at the science fiction literature and popular culture around him, and other "wouldn't it be SO awesome if...?" scenarios and discusses them as a physicist.  What, based on the known laws of the universe, is actually feasible?  What is not?  And why?  Topics covered include invisibility cloaks (we are actually really close on this one), time travel, teleportation, parallel universes, and wormholes.

I mean, seriously, how baller is it to be able to discuss the limitations of teleportation and telekinesis with people as a professional and intellectual exercise?!

I read this book as an audiobok, and admittedly, a lot of it went over my head.  I think if I could read some sentences again and give myself time to understand the implications, especially those about cubic roots and the theory of relativity and other formulae, then I would probably be able to follow along better.  But my main takeaway from this book is that so many more things are possible than I'd ever dreamed.  We have no conception of what awaits us in the universe (well, maybe astrophysicists do.  I certainly do not).  And it's a heady feeling to imagine what life will be in 1,000 years.  Kaku points out that humans have really only been around for 10,000 years or so.  Imagine if there are intelligent species out there that have been around for 100,000 years or longer; think about how much more advanced they must be than us.  The thought is both heady and terrifying.

Another fact that I always understood vaguely before but now feel has been imprinted in my mind is just how far things are in outer space.  I mean, traveling to another planet is hard enough, let alone another solar system.  And to somewhere in another galaxy - that just takes FOREVER.  (Unless, of course, we can jump into hyperspace or find a wormhole somewhere that will just quickly dump us out, saving us time and hassle.)  There is SO MUCH of the universe out there that we cannot even dream of contacting, and they probably feel the same way out there as we do.  But, if we could contact them, then we could communicate with them through math or physics because (and this is something else I generally understood before but did not quite get the implications of until now) those would be the same everywhere!  In case you too were vague on what this means, it means - aliens could have microwaves, too!  And nuclear bombs!  And any matter of other devices, because the science behind those inventions is the SAME ALL OVER THE UNIVERSE.  (Well, I think - that is, if I understood Kaku correctly.)  Isn't that so fascinating?  I think so.