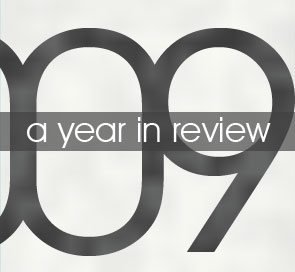 My life overall in 2009 has been up in the air, and I end this year very much at loose ends with regards to my future.  I hope things work out the way I want them to, but it's nice to know that regardless of what happens, I will always have books!  I've also really enjoyed getting to know so many people on the blogosphere this year.  My Google Reader is full of blogs to read and follow that I didn't know existed a year ago, and I've become good friends with so many people that I wonder how I added books to my TBR pile before meeting you all!

Thank you so much for all the friendship, the book recommendations, and the conversations.  I look forward to many more in 2010!

And here, without further ado, is my 2010 Year of Books in Review!  Note:  I try to spread the wealth in these lists!  There are some authors or books that could show up in more than one category but don't due to my wanting to add to all your TBR piles :-)

Wish Her Safe at Home, by Stephen Benatar


Honestly, if I could get a copy of this book for everyone who has ever turned the last page of a book, taken a deep breath and thought, "Wow, this author is one bleep of a writer," then I would do so.  I was blown away by this book.  It is written so spectacularly, and you are so deeply inside the protagonist's poor insane head.  I loved this book.


The Best of the Rest (in no particular order):

Wolf Hall, by Hilary Mantel - I was firmly in the "This book is awesome" camp on this Booker winner.  I know a lot of people found it dull and difficult to follow.  But I am a Mantel fan to the end, even when she cruelly ruins the "happily ever after" ending of my favorite fairy tale.

Neverwhere, by Neil Gaiman -Gaiman made my list of "new to me" authors last year, and this year cemented himself there.  I also loved Stardust by him this year, but in a different way.  I loved how he made London's past come to life in this book, through the use of Tube stations.

Bridge of Birds, by Barry Hughart - Abolutely hilarious.  And a very good story, too.  I have never been a huge fan of the East in fantasy fiction, but now I am.  I wish Hughart's books weren't so difficult to find.

Affinity, by Sarah Waters - I know, I know, everyone thinks Fingersmith is better.  But I read Affinity first and it just hit me as more of a bombshell.  In my opinion, Fingersmith was a bit too heavy on the foreshadowing in the first part.  Affinity struck just the right tone for me.

The Remains of the Day, by Kazuo Ishiguro - Ishiguro can do more with five words than most authors can do with fifty.  This book exemplifies his ability to do this.

The Enchantress of Florence, by Salman Rushdie - Is this book a defense of  women?  Is it anti-women?  How much faith can you put in a story?  I don't know all the answers, but really enjoyed mulling over them while reading this book.

The Book of the Unknown:  Tales of the Thirty-Six, by Jonathan Keats - Short stories based on Jewish mythology (I didn't even know that such a thing as Jewish mythology existed before this book), all of which have an underlying message of "Do Good --> Good things will happen to you."  I believe in that.


Best newly discovered authors (ones never read prior to 2009):

Megan Whalen Turner's The Queen's Thief series - And the fourth in the series comes out in 2010! Hurrah!

Female character I'd most like for my new BFF:

Sarah Tolerance, Madeline Howard's Sarah Tolerance mysteries - I'm very sad this series hasn't continued on, and I really hope Howard does something to bring Sarah out of retirement, because she is fabulous.


Female character I most cheered for:

She's so real and easy to empathize with.


Male character I am crushing on:

Number Ten Ox, Bridge of Birds
He is sooooo dreamy.  I must find the other books in this series!


Male Character I Want to Hug:

Glokta, The Blade Itself

If a heroic soldier who went through agonizing, crippling torture doesn't deserve a hug, I dont know who does.

As always, Marcus Didius Falco & Helena Justina in Lindsay Davis's mystery series
These two knock my socks off.  So fabulous, all the time.  Even in the not-so-hot books.

Books that changed my approach to life:

Animal, Vegetable, Miracle by Barbara Kingsolver (I am now a farmers' market junkie and even ordered a heritage turkey for Christmas!)
The King's English, by Betsy Burton (I hope to make more purchases at independent bookstores going forward)

The Boy Who Harnessed the Wind, by William Kamkwamba - If a 13-year-old can bring electricity and irrigation to his village by building a windmill while dumpster-diving, then... well, I should probably be doing something besides putzing around the Internet.

The Girl with Glass Feet, by Ali Shaw - A woman slowly turning into a glass sculpture while falling in love with a man who is emotionally unavailable?  Tragic love story x a million.  But so beautiful to read.

Most surprising novel in a good way:

Wish Her Safe at Home, by Stephen Benatar - See my gushing above.

Most surprising novel in a bad way:

Baking Cakes in Kigali, by Gail Perkin - I just expected this to be much more inventive and fun than it was.

Books that made me laugh out loud and snort embarrassingly:

Bridge of Birds, by Barry Hughart - If my comments above haven't made you want to read this book, I have failed miserably as a book-buying enabler.  I snorted while reading this book.  And I think you will, too.

Escapade, by Walter Satterthwait - A truly sarcastic employee describing the overly-egotistical Harry Houdini while fending off the advances of several women at an English house party?  Excellent.

Footsteps in the Dark, by Georgette Heyer - I think you probably all know that I am a lifelong Heyer fan.  She is so spot on in her sarcasm and irony.  This book is hilarious.  I am giggling just thinking about it.  Witty banter?  Check.  Characters oblivious to insults?  Check.  Bumbling police inspectors?  Check.  Snide asides?  Check.  Fabulous.  This is one of my favorite Heyer novels.


Soulless, by Gail Carriger - This one sometimes made me laugh in a "Wow, that is very cheesy" sort of way, but always with the impression that the author knew she was writing some very silly stuff.  Hopefully, that is.

Most difficult to read but ultimately rewarding book:

What is the What, by Dave Eggers
The Blue Notebook, by James Levine

Once again, I was quite heavy on the fantasy and historical fiction this year, comprising together almost 2/3 of the books I read this year.  However, the non-fantasy and non-historical fiction books I read this year were varied across genres, from cozy mystery to thriller to non-fiction.  I'm quite happy about that!  I didn't read any classics this year, which upsets me.  I am already starting Gogol's Dead Souls, though, and so am on the way to remedying that.  Also, a good many of the books listed above have been on my shelf for months or sometimes even years.  And I never read them!  So I hope to spend 2010 enjoying books off my own shelves and finding a balance (a girl can dream, right?) between new books and old.  I also hope to read more graphic novels!  I want to give science fiction a try in 2010 and read some more non-fiction.
Musings by Aarti at 12:00 AM