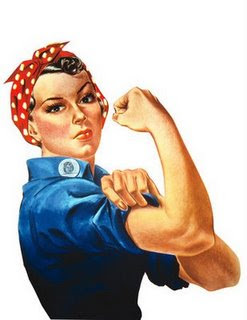 This week's post is from Bellezza, of Dolce Bellezza. I only recently became Blog Buddies with Bellezza through Kailana's Friday Friends series, from where I clicked through to Bellezza's blog. And I'm so glad I did. It's lovely!

Diana Spencer Windsor, Princess of Wales, The People’s Prince, once Her Royal Highness before the letters were stripped away from her.

The Diana Chronicles by Tina Brown.

It is not possible to choose between love or hate toward the Princess. I would have to choose between love and pity. Diana stole the world’s heart with her innocent sweetness when she was just a young bride in the 1980’s. She became an icon of fashion in the 1990’s and a powerful humanitarian with incredible influence in the 2000’s. But, she never got what she truly wanted: a husband who loved her.

Diana appeared to have such a juxtaposition of personalities. At one moment, she was flamboyant and loud, in another she could be seen as shy and demure. The overwhelming opinion of her seems to be one of awe that she was able to affect so many with her ability to connect to others. Her compassion, and her willingness to be human by showing real emotion, were her standout qualities.

Of course, Diana was a celebrity. Some say that she bridged celebrity and royalty perfectly.

There are so many qualities that make Diana riveting: beauty, compassion, elegance, defiance, a magical connection with the media and camera that brought her into the lives of people worldwide. Personally, I was riveted by Diana the first time I saw her because we were the same age (minus six months). Her life seemed that much closer to mine because I, too, was a young woman about to be married. Yet, the glamour and the beauty that she possessed were quite bewildering. I consider her to be on a parallel with Jacqueline Kennedy because the ability to be charming, beautiful and so loved by others is not one that can be taught, only innately acquired.

I most admire her honesty. It would have been easy to keep an image of perfection, to buckle under the expectations of The Firm (as Brown calls the Royal family). It would have been easy to hide her bulimia, pain at Charles’ consuming love for Camilla, or desires for her way to run her own life. But, Diana boldly, and perhaps in some ways unwisely, stepped up to being transparent. I think that’s a very brave thing for someone to do, especially a woman in her position.

Unequivocally. Normally, I do not reach for nonfiction as my favorite genre. But, Tina Brown’s writing is so piercing, and her wealth of knowledge is so extensive, that I could not put this biography down. It is without a doubt the best coverage of Diana that I have ever read.

Thank you for hosting this wonderful meme, Booklust! It’s so fantastic to have women’s lives examined in detail through literature or biography. I am immensely interested in hearing about how others have chosen to live their lives.